Details of our next meeting are coming soon.

Keep an eye on @sheffieldruby for more details!

In October 2010 Martha Lane-Fox declared “Revolution not evolution” in her report on the state of the Government’s online presence. Four years later that vision is well on the way to being a reality, with the single domain GOV.UK in daily use by millions of UK citizens, and the Government Digital Service leading the way internationally in transforming Government IT.

In this experience report David will tell the story of the development and evolution of the GOV.UK Departments and Policy publishing tool (codenamed “whitehall”), a large rails monolith developed under significant time pressure. He’ll outline some of the key decisions, challenges, mistakes and learnings acquired along the way. You can expect some musings and reflections on approaches to testing and software architecture and maybe some hawaiian shirts. 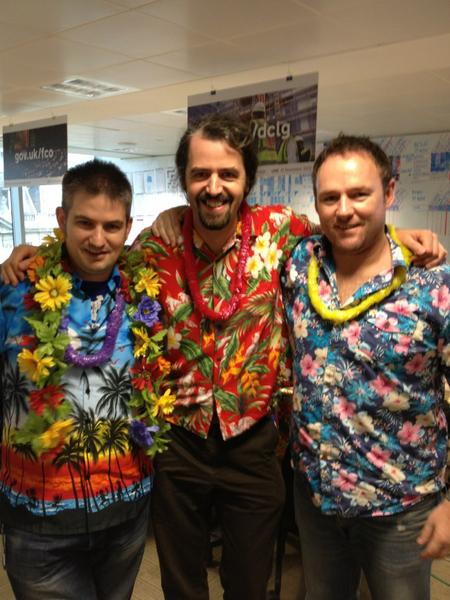 David Heath works as a software developer at the Government Digital Service in London, where he’s worked for the past 3 years on the publishing tools behind the award-winning GOV.UK website. When he’s not building software David can be found playing french and european folk music on the accordion.

With the help of epiGenesys we’re at the Enterprise Zone this month.

Join our Google+ event to let us know you’re coming.

Someone will be around from 18.15 if you’re around and we’ll probably head out for a drink in The Red Deer afterwards.